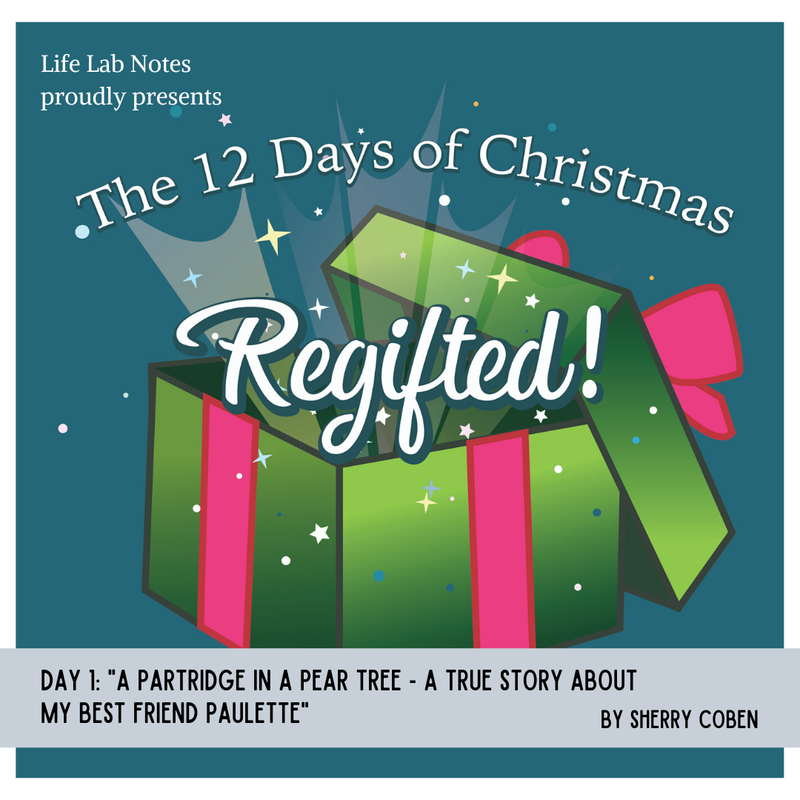 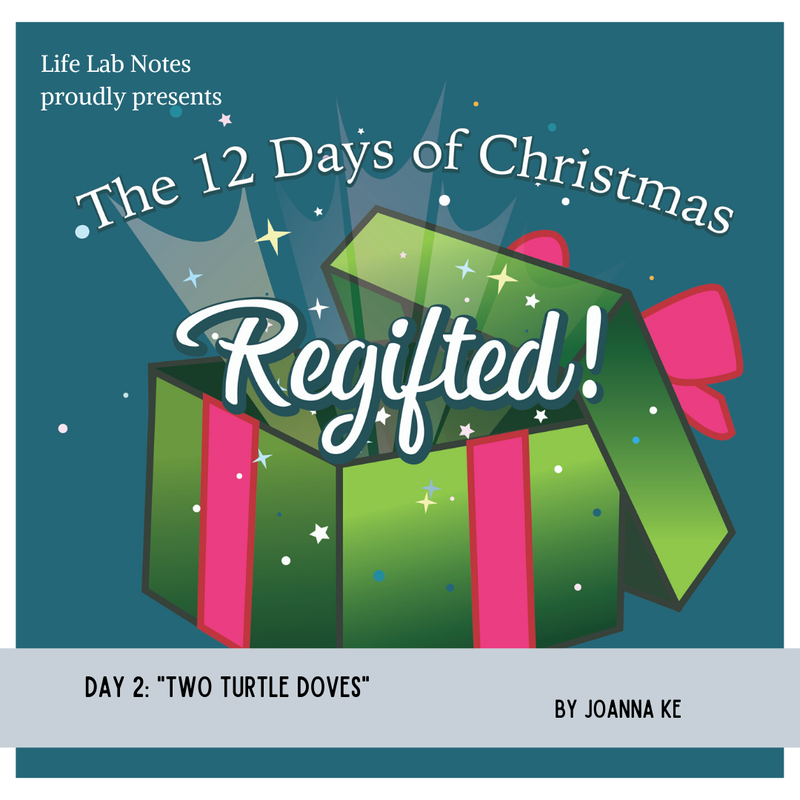 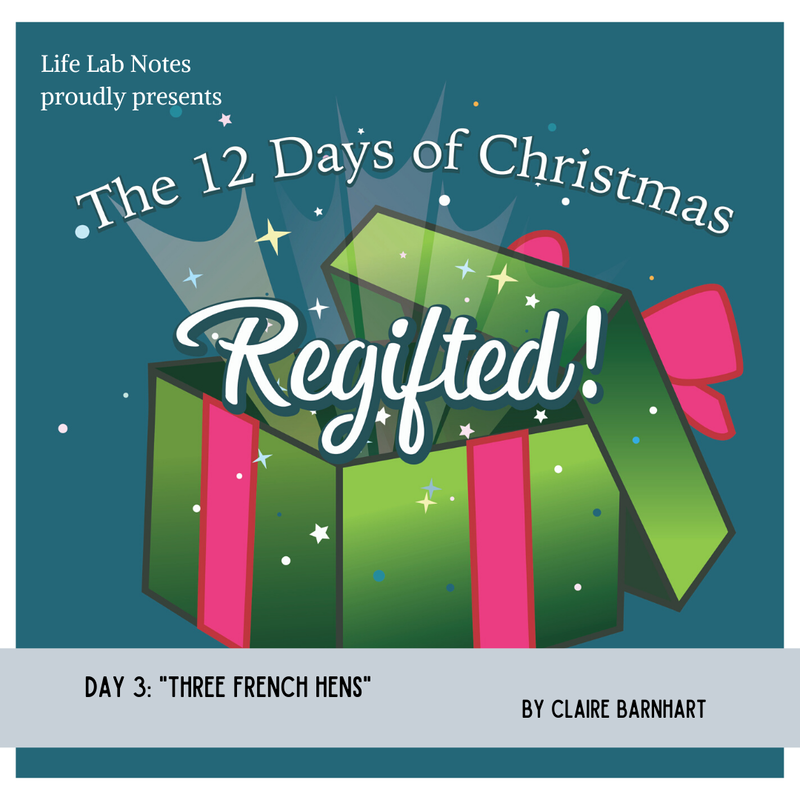 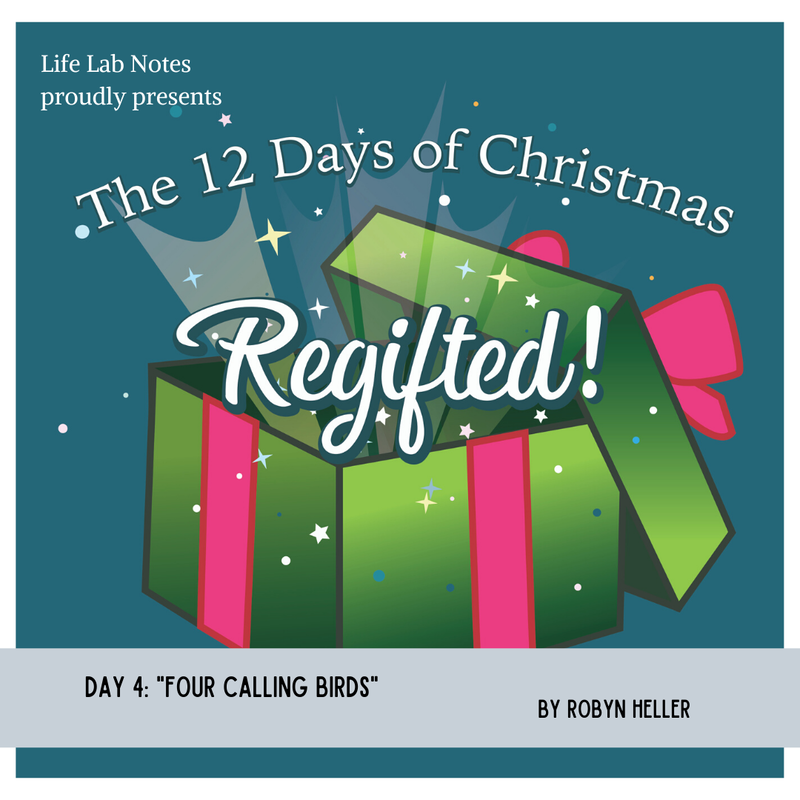 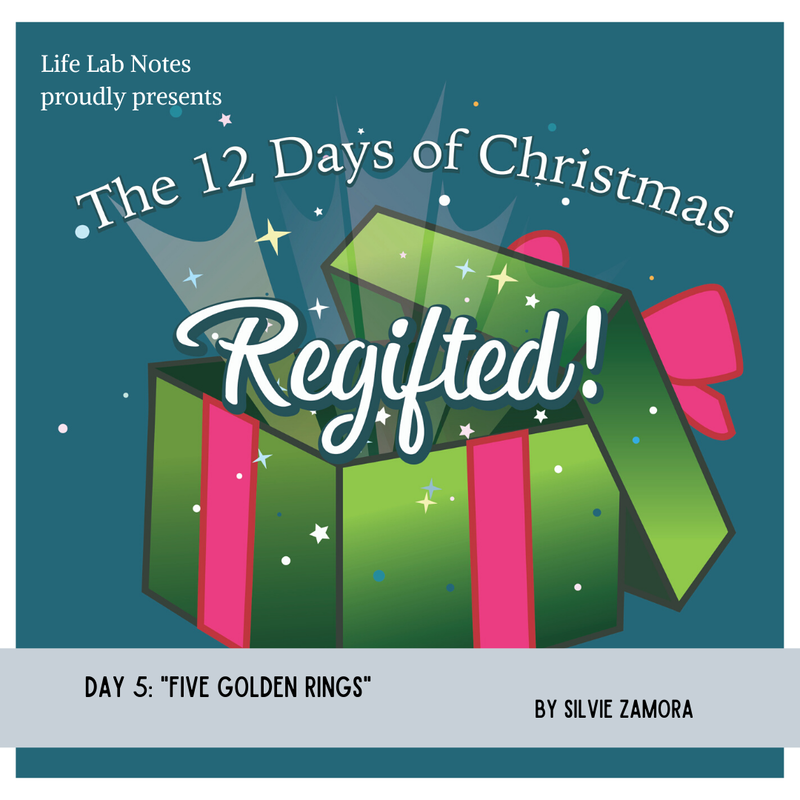 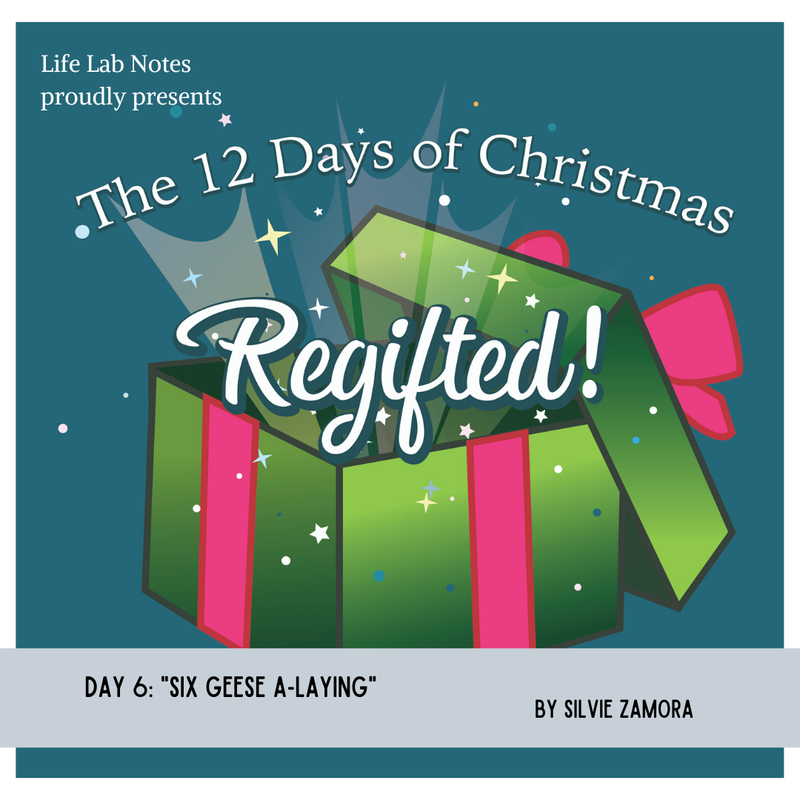 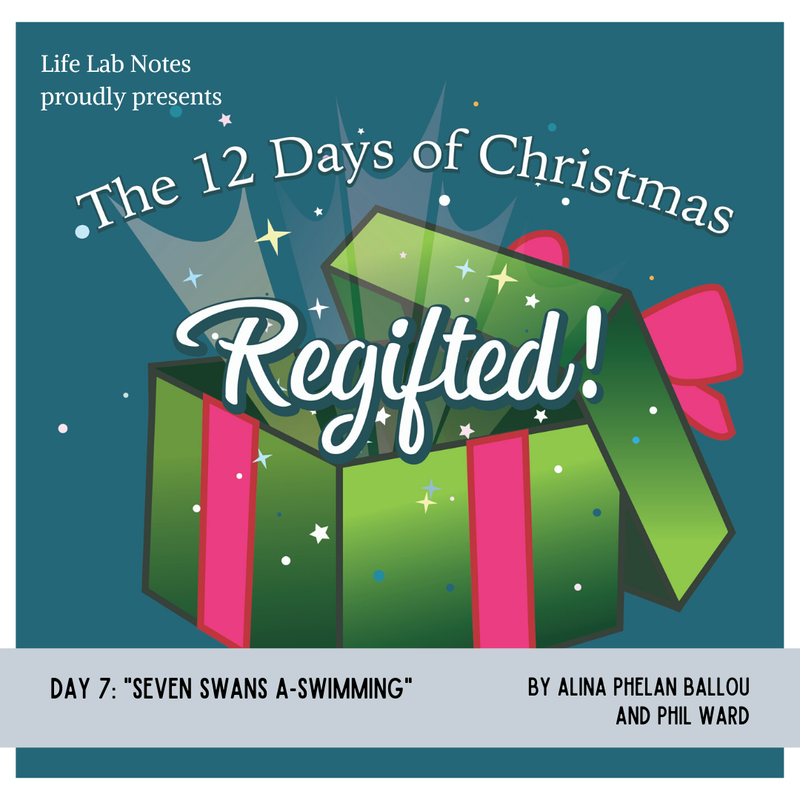 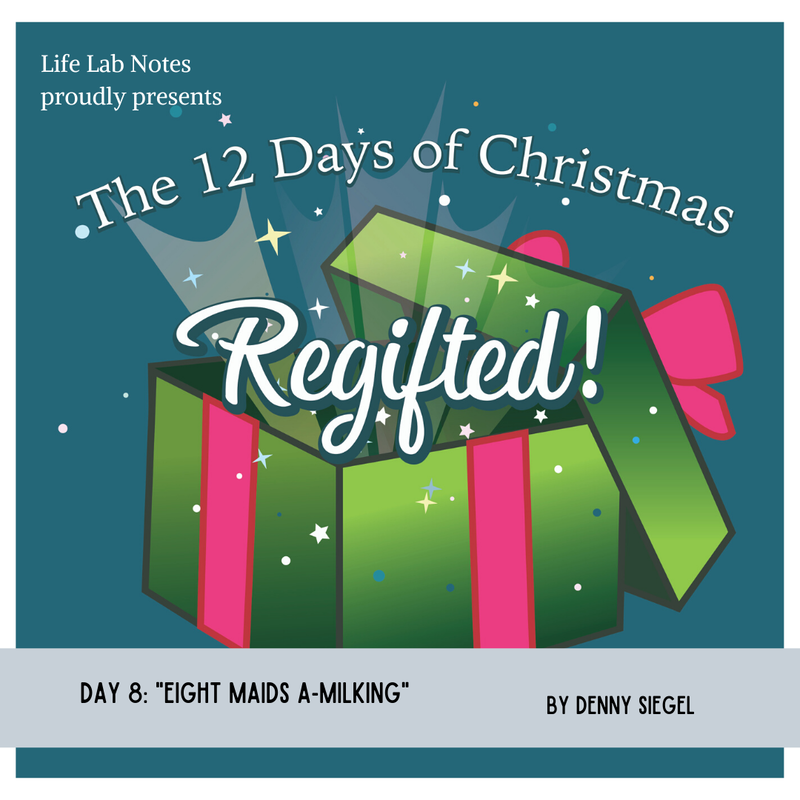 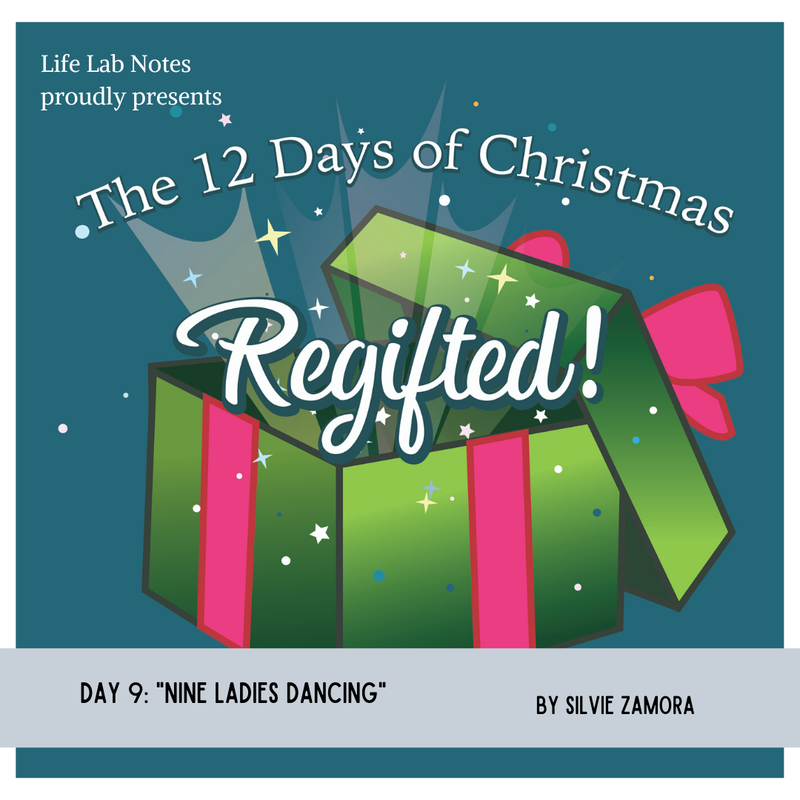 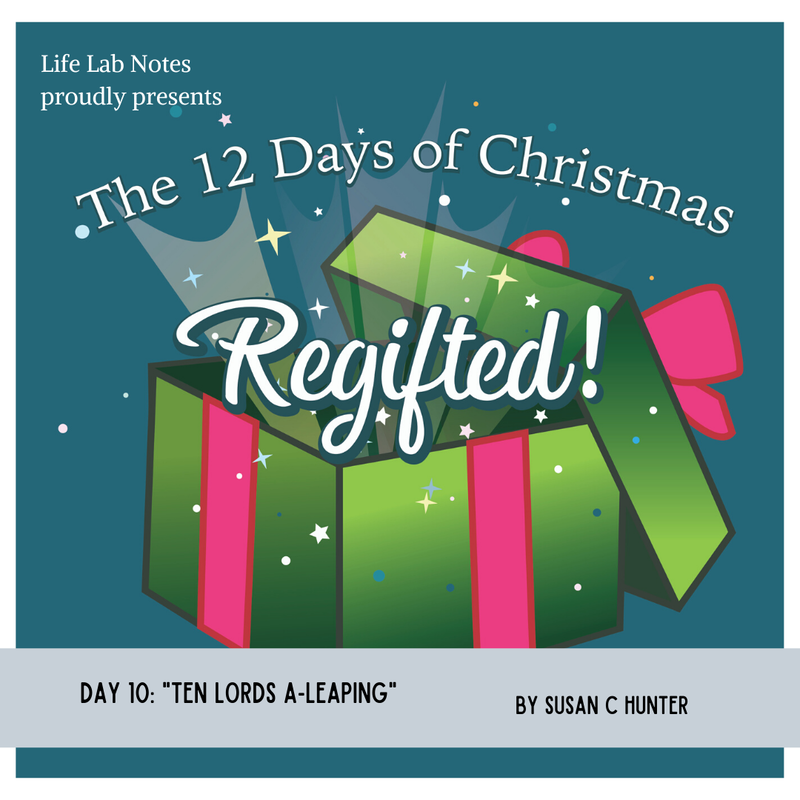 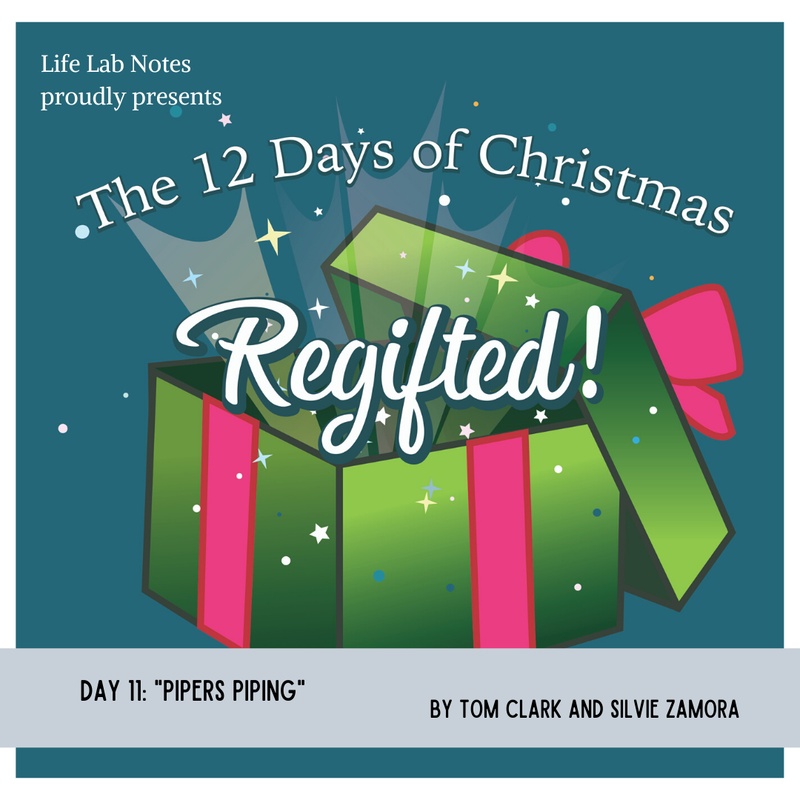 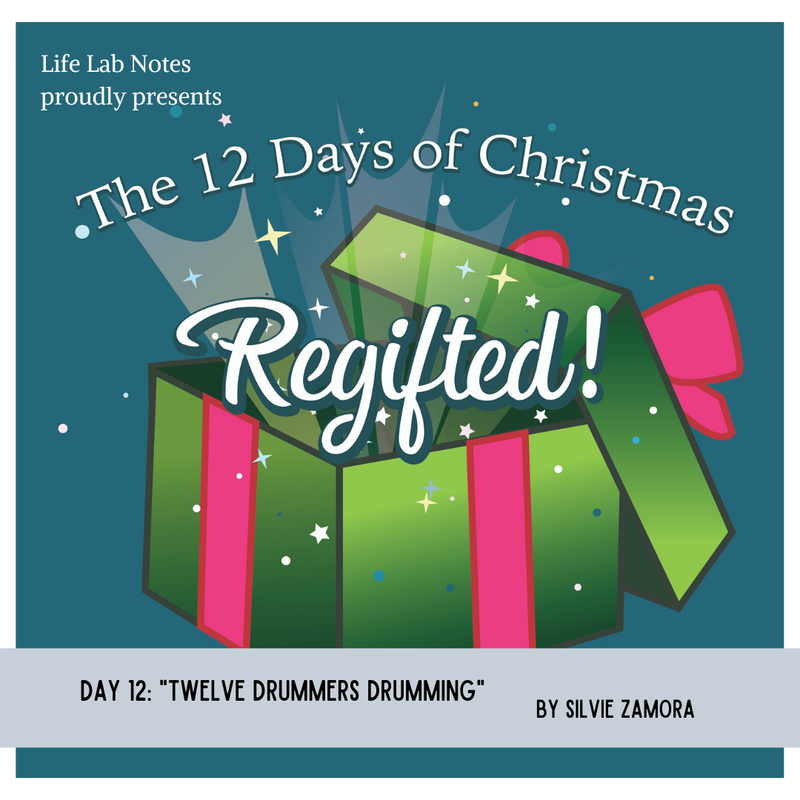 Our Team of Creative Experts

We are grateful, grateful, grateful for the talented folks who joined in on this twelvetide of merriment. Please follow them on social  media, head over to their websites, send them good wishes, admire and applaud them!
The Twelve Days of Christmas - Regifted! bios:

A Partridge in a Pear Tree - A True Story About My Best Friend Paulette:
Sherry Coben (writer) is an Emmy and Peabody Award winning writer-producer and creator of the long-running classic 80's sitcom Kate & Allie and other cool stuff before and since.

Two Turtle Doves:
Joanna Ke (writer)  Writer, actor, producer, and script consultant all in one, Joanna Ke is also handy with a broadsword. And a cutlass. And a rapier. Make that rapier and dagger. Oh, and fire poi. All the pointy, fiery things.

Lynn Odell (Phoebe) has acted, directed and produced in New York, San Francisco and Los Angeles. She was a member of the Actors Playhouse in NY, Dude Theatre in San Francisco and has been with the critically acclaimed Theatre of NOTE in LA for almost 20 years. She has also had the privilege of working at Sacred Fools and The Elephant Theatre companies. Her TV credits include Criminal Minds, Law and Order and the PBS children’s series Steps. She is in the independent films Gypsies, Tramps and Thieves, Have You Seen Me, Pariah, The Lost One and Kill Me, Deadly.

Justin Vasquez (Martin) was born and raised in Los Angeles.  He can be seen acting and creating throughout the world (but mostly in LA County).  He is immensely proud to be a part of this project.  Find out more at www.justinvasquez.me

Liesel Hanson (Martin’s sister) is a member of Theatre of NOTE and recently performed in NOTE’s production of For The Love Of (or, the roller derby play) at the Kirk Douglas Theatre in Block Party, a Center Theatre Group initiative focused on supporting and highlighting Los Angeles area theatres through the sharing of audiences, ideas, and resources. Other credits include Lionsgate’s horror film Children of Sorrow, action/thriller feature Happy Hunting (now streaming on Netflix), and the original cast of Re-Animator the Musical.

Three French Hens:
Claire Barnhart (writer, narrator) thinks words are magic. She loves wielding them to write fun stories and jingles. Her lifelong passions include proofreading, hiking through the woods, and becoming best friends with her friends' pets.

Robyn Roth (Raven) is an LA native who loves to sing and create arty things. She performs at Disney California Adventure and is pursuing a masters in Dramatic Writing. She can sound like Elmo.

Keith Ferguson (Krraz) makes his living doing funny voices for cartoons, screaming military voices for video games, and occasionally total celebrity poser voices for film. You can hear him on Elena Of Avalor and Duck Tales for Disney, The Cartoon Network's Wabbit and We Bare Bears, plus a brief vocal cameo as Han Solo in The Lego Movie.

Seven Swans a-Swimming:
Alina Phelan Ballou (writer) is an actor/director/acting coach and sometimes writer. She is a big fan of yours and wants you to have an incredible holiday.

Eight Maids a-Milking:
Denny Siegel (writer) is an actress, writer and improviser. TV credits include Single Parents, The Daily Show with Jon Stewart, Whose Line is it Anyway? and Curb Your Enthusiasm. TV writing credits include the game show Taboo and the comedy sketch show Quick Witz. She is currently developing a children’s musical about prejudice (anti!), and hopes to be the next Ms. Rogers.

Alysha Brady (narrator) is British-American LAMDA grad who has been living in LA for around fifteen years. You might have seen her on stage in Hollywood at Theatre of NOTE many times. She’s also dabbled in voiceover as Jemima in The Doctor Who Audio Dramas, “Empire of Dirt” episode. Next year will be her first time directing a musical (Seussical) for The Fable Theatre Company in NoHo. Check out her website for more info and all upcoming productions: AlyshaBrady.com

Kelley Hazen (narrator) is an actress, blogger and audiobook narrator living in Los Angeles with her husband and awesome dogs. An entertainment professional for over 30 years. Kelley was recognized by Audible.com as “Best New Audiobook Talent of 2015.” She has received the Audiofile Magazine “Earphones Award” and the Audiobook Reviewer's “Reviewer's Choice Award” multiple times. For over a decade, Kelley was a lecturer in astronomy for the world-renowned Griffith Observatory. She was recently invited to participate in A Celebration of Mark Twain as part of the annual HEAR NOW Festival in her hometown of Kansas City, MO.

Ten Lords a-Leaping:
Susan C. Hunter (writer) inherited a creative spirit from her parents and has passed it on to her children. Along the way she has taught theater to young people, written and produced award-winning plays, composed songs, and recently began narrating audiobooks. She plays a mean autoharp.

For the past twenty years, Wes Weddell (lead vocal, mandolin) has worked multiple shifts in the engine room of Seattle’s roots music scene as frontman, sideman, writer, teacher, and community-builder. He works with the songwriters collective The Bushwick Book Club Seattle; songs from this catalog appear on his latest release, Somewhere in the Middle (2019), and comprise the entirety of the full-band showpiece Nobody’s Flag (2015). Wes also holds a full-time Seattle Mariners media credential and has participated in a major university study of mountain huckleberry harvesters.

Nick Droz (percussion) is a songwriter and a polished performer, handy with a number of different instruments. Nick has written and performed a slew of songs for commissions from organizations like The Bushwick Book Club Seattle, Hugo House (Literary Series), Seattle Arts and Lectures, and the 1448 Projects. Ten Lords a-Leaping was recorded in his own studio, The Spare Room.

Ailisa Newhall is a classically trained soprano with voice performance, piano performance, and choral conducting degrees.  She spends her days running the choral program at Inglemoor High School, recording for video game, corporate, and film scores, and working with Bushwick Northwest, The American Choral Directors Association, The Mägi Ensemble, and The Womxn in Music Collective.

Eleven Pipers Piping:
Tom Clark (writer, Thomas the Scribe) was born and raised in that order. He’s a comedian/actor/writer and has been seen on Comedy Central, Conan, and even a Hallmark movie. Check out his standup special Outraged on Amazon Prime. More info at: tomclark.com @tomclarkcomedy for both IG and Twitter

Twelve Drummers Drumming:
Silvie Zamora (writer)  I debated whether I should come up with a cool rapper name. I entered “Silvie” and “Z” into a rap name generator and was given Silvie DJ Ennui (maybe?), Silvie Zee Slammin a.k.a. Dirty Smack (not quite the right tone), and Lil Drummer Boy Silvie Z (what/how?). Obviously, I went with transparency.

Alexis DeLaRosa (artist) is an actor and a writer based in LA. TV acting credits include The Last Ship, Shameless and Hawaii Five-0. He can currently be seen in the feature film Hunter Gatherer on Amazon. He recently made his full-length playwriting debut at theatre of NOTE with Fruition. A native New Yorker and proud graduate of Wesleyan University, you can catch him next in his biggest role yet, first-time parent with wife Crystal Diaz, who makes all great things a reality.

Feat. Mel Collins  Mel has sung on soundtracks for numerous TV shows including Hannah Montana and 7th Heaven, and performed as a voiceover artist for Modern Family, Vampire Diaries, Sesame Street Live, Hershey, and Disney on Ice. She has also amassed an impressive resume as a backup singer behind such artists as Michael Bublé, Heather Headly, Burt Bacharach, and as part of the house band on America’s Got Talent. Mel performs regularly with the Side Street Strutters, touring the country on a circuit of theatres and festivals, and with her own versatile ensemble, StandardMel.

Production Team
Silvie Zamora is an actor, singer, improvisor, writer, and podcaster. She leads a motivational writers’ group called Play/Write, and from there devised the clever plan of using the Twelve Days of Christmas gifts as writing prompts. Voilá! A holiday series is born. She has played Mary Poppins, Leona Helmsley, and Eliza Doolittle, performed in two theatre  fringe festivals (Vancouver and Edinburgh), and sung in several European alpine cities. You’ve probably heard her voice in a commercial or two, and her voice has also appeared in several movies and TV shows, but it’s not what you’re thinking - she does the audio narration track for the visually impaired, as well as dubbing films into English.

Phil Ward is in charge of engineering, mixing, gathering and/or creating sound effects and music, and is the voice of calm behind the hectic, creative mind of Silvie Zamora. He is a musician who performs live around LA and records albums for Trough Records; an actor who performs a lot at Theatre of NOTE in Hollywood; and a Dr. Seuss fan. He is married to a podcast producer. Can you guess which one? www.philwardmusic.com